Following his dream of devising the best rum in the world, in 1929, a young Julián Barceló from Spain arrived in Santo Domingo and founded Barceló & Co.

The optimum product was obtained by experimenting with different brands on the local market, and in 1950, the Ron Barceló brand was launched with the productsBarceló Blanco and Dorado, (white and gold rums respectively) which were an immediate success.
In 1974, Don Julián Barceló handed over the reins of the business to his nephew Miguel Barceló and 6 years later, in 1980 Ron Barceló Imperial was born, premium rum emblematic of Dominicans, leader in its class since the day it was launched and the most internationally awarded Dominican rum.
With the idea of expanding the brand, in the 90´s Barceló & Co. gave a group of Spanish businessmen, with a long history of producing wines and spirits, the rights to export Ron Barceló. These entrepreneurs founded Ron Barceló in 2006. 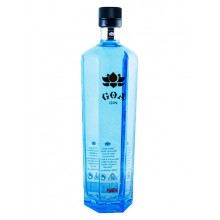