Created by the Gallardo family 150 years ago.

Tavern owner Lazaro Gallardo began selling his own tequila, named Gran Centenario®, in 1895.
The bottle is adorned with “The Angel of Independence”, inspired by the Mexican Centenario gold bullion coin, minted to commemerate the 100th anniversary of Mexico’s independence. 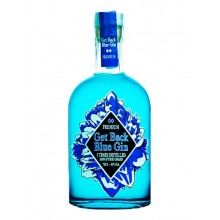