It was in 1887 when William Grant opened his first distillery in Scotland with the help of his seven sons and two daughters.
William Grant’s son-in-law, Charles Gordon, became the company’s first salesman. Knocking on doors, trying to make his first sale. He called at 180 establishments before finding his first customer. Which may have had something to do with the fact that the 181st was the first place he gave a sample to.

This job saw him sailing to the Far East, which took months at a time. Luckily he never had to take much home again. So the return leg was always a little speedier.
Five generations later, we’re still family owned. From the highly skilled Coopers who tend our casks to the distillers and maturation experts – Grant’s Whisky stays true to William Grant’s original, closely guarded recipe.

It just goes to show that when the right people stand together, great things happen. 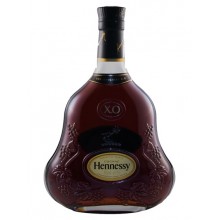