Prince Charles Edward Stuart (known also as Bonnie Prince Charlie) was on the run, after defeat at the Battle of Culloden had ended his hopes of restoring the Stuarts to the throne of Great Britain.
The Prince was pursued by the King’s men across the Highlands and Islands of Western Scotland, bravely aided by many Highland Clans. Among them was Clan MacKinnon whose chief, John MacKinnon, helped the Prince escape from The Isle of Skye. In thanks for his bravery the Prince gave John MacKinnon the secret recipe to his personal liqueur, a gift that the Clan were to treasure down the generations. An extraordinary elixir that would, many years later, become known to the world as Drambuie. 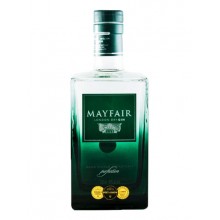