The Calvados region is located in Basse-Normandie (Lowe Normandy), where apple cider was brewed perhaps as early as the 8th century .

The phylloxera outbreak during the 19th century ruined so many vineyards that Calvados experienced a boom of popularity it being unaffected by the pest.
Calvados is distilled from a number of different apple varieties (over 200 are legally permitted), and it is not uncommon for there to be over 100 different varieties used to make a single Calvados.
A combination of sweet, tart and inedible bitter apples are used to attain the right balance of flavour.
The apples are usually picked by hand, and are pressed and fermented to make cider. Is then distilled, in a traditional Alembic, or singly in a continuous column.
The spirit is aged for a minimum of two years in oak casks, though it is not unusual for it to be aged for substantially longer, often decades. 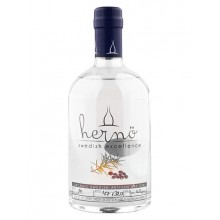