Metaxa is a Greek distilled spirit invented by Spyros Metaxas in 1888.

It is a blend of brandy, spices, and wine, with wine not being present in some of the more expensive editions of the product to allow for a drier taste. It is exported to over 60 countries and was the first liquor consumed in space
The founder of the distillery was Spyros Metaxas, born in the island of Euboia. He created the first brandy and was involved in the foundation of the first distillation facility in 1888, a little over 50 years after the Greek War of Independence.
The business was soon expanded with new factories in Istanbul and Odessa.
In 1900 the first exports to the United States took place and the drink became known as "the flying brandy". METAXA family mansion in Piraeus built in 1899 as seen today Following Metaxas' death, his sons carried on his work.
Metaxa is the only Greek industry that survived both World Wars.
In 1968 a new factory was built in Kifissia suburb of Athens. The label shows a Salaminomaho (Salamina fighter), a figure of an Ancient Greek trireme that was carved on a coin of that period, found during the excavation of the first factory in Piraeus in 1888.
Metaxa has won several gold medals in international spirit competitions, showcased in many of its bottles.
In 1989 the company was bought by the British drinks group Grand Metropolitan (now called Diageo) and was later sold to the Remy Cointreau group. 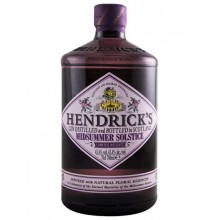