The family began distilling in 1859 and Maxime set up his own distillery in 1962.

Maxime Trijol is an independent, family-owned Cognac house with vineyards in both Grande Champagne and Petite Champagne.
They do purchase wines from other families to supplement what they produce before distilling. The oak they use for aging is mostly Tronçais and Limousin.
Maxime Trijol became a professional distiller.
Today, they are as an independent family firm, with twenty two 2,500 litre Charente stills, one of the largest distilleries of cognac.
They pursue the work in the silence of cellars, removed from time, to extract the very best from the vines.
Jean-Jacques Trijol (Maxime’s son) began to work at the company and now runs the firm with the same passion and the same professionalism as his forbears to ensure the sustainability of their expertise and the crafting of exceptional products. 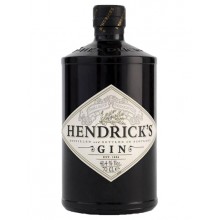