The company has remained in the hands of the same family since its establishment. The firm is based in the Château des Valois (Château de Cognac), Cognac, Charente, its home since 1796.
James O'Tard fought alongside Louis XIV of France and was created a Baron in 1701. It was his great-grandson, Jean-Baptiste Antoine Otard born near to the town of Cognac, who created the cognac trading house bearing his name in 1795. The family owned vineyards around the town of Cognac and were already distilling and ageing 'eaux-de-vie'. The following year he bought the Château de Cognac, built in the tenth century to protect the villagers from Norman invaders, as a base for his business. The cellars of the château, which can be visited, are still used for storing and ageing the casks of cognac. 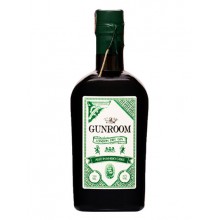