Pampero was created in 1938 by Alejandro Hernández, the son of a fisherman from Isla Margarita.

Pampero is credited for having set the initial standards for rum production in Venezuela, and was the first rum to be accredited ‘Anejo’, by the Venezuelan government. Alejandro Hernández later on joined the political life of the country, occupying the office of Governor of the Nueva Esparta state and even running for the presidency of the country. Despite popular belief and its long tradition, Industrias Pampero, C.A. is no longer a Venezuela-owned company. After having been a part of United Distillers for some years, it is currently a division of Diageo, the world's largest liquor holding company. Pampero it is made from sugarcane distilled that is aged in oak barrels staying with a flavor smooth, sweet, fruity, with notes of wood, honey and vanilla. It's unique, versatile and different. 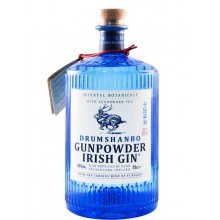