Ron Zacapa Centenario is a premium rum produced in Guatemala by Rum Creation and Products, a subsidiary of Industrias Licoreras de Guatemala, and distributed and marketed by Diageo.

Zacapa Centenario was created in 1976 to celebrate the hundredth anniversary of the foundation of Zacapa, a town in eastern Guatemala. It was the result of the hard work and dedication of a doctor and chemist named Alejandro Burgaleta, who mastered the blending, stabilization and maturing processes of long-aged rums to create the first limited production of Ron Zacapa Centenario.

It is made using the concentrated first-pressing sugar cane juice called "virgin sugar cane honey" by the company and is aged and blended using the solera method traditionally used for sherries. This solera aging system is dynamic, as the blended rums pass through four different types of barrels, the last stage includes barrels that previously aged Pedro Ximenez, an intensely sweet, dark dessert sherry from Jerez, Spain. 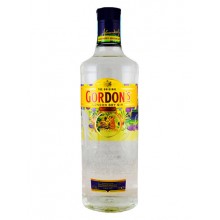