The history of Diplomático began in Venezuela in 1959, with the establishment of the distillery where all of its rums are produced.

At that time Licorerías Unidas S.A (LUSA) owned the distillery and the main shareholder was Seagram's International, which was one of the biggest wine ans spirits companies in the world.
In 2002 LUSA was put up for sale, including assets such as the distillery and a premium rum brand called Diplomático.
A group of Venezuelan entrepreneurs, most of them with extensive experience in the spirits industry, believed in the potential of this company, decided to take their and made an offer to acquire it. That same year LUSA became 100% Venezuelan and privately owned, and adopted its current name: Destilerías Unidas S. A. (DUSA). The company is one of the largest rum producers in Venezuela. 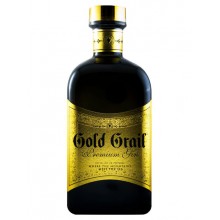